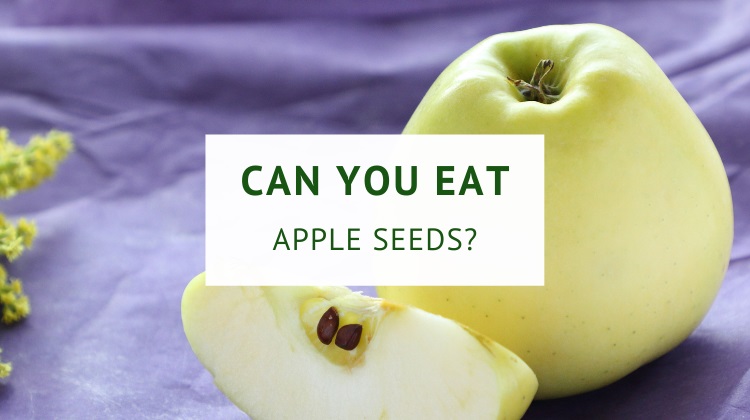 More than often when I use an apple in my smoothies, I actually blend the whole apple, including the core and seeds. I always assumed that the seeds – also called pips – hold additional nutrients that we shouldn’t let go to waste.

When I shared one of these smoothies with my neighbor and told her about the ingredients I used, she asked me whether it’s okay to eat apple seeds, because she assumed they were poisonous.

I had heard stories before of apples containing cyanide and being poisonous, so I figured it was time to do a bit of research into this. So here’s my two cents on whether apple seeds are poisonous, or are otherwise perfectly safe for human consumption.

About the Good Old Apple

Just like many other popular fruits, such as pears, apricots, cherries and strawberries, the apple is part of the Rose family (Rosaceae) of flowering plants.

With so many different varieties to choose from, the apple has since long been one of the most popular fruits in the world.

An apple a day keeps the doctor away, as the saying goes. There are indeed lots of health benefits in eating apples, but they are mostly known for containing high levels of polyphenols.

Without diving too deep into this topic, polyphenols basically work as antioxidants which are important for us to fight off disease and stay as healthy as we can over time.

While most of us appreciate the refreshing taste of an apple, we prefer to throw away the not-so-delicious core and seeds.

It is often said that we should not eat the seeds of an apple to avoid getting potentially very sick. But is this a myth or is there some form of truth to that thought? Where do these stories about apple seeds being poisonous come from?

Yes and no. Sure, apple seeds can be poisonous if you eat bucket loads of them in one go. But basic foods such as water, salt, or pretty much any food for that matter, can also be poisonous if consumed in ways that they are not meant to be consumed.

It’s all about context. Just like you wouldn’t drink 10 liters of water in two minutes, you wouldn’t be eating a full cup of apple seeds either.

Apple seeds contain amygdalin, a glycoside that releases hydrogen cyanide when it is “attacked”, or eaten.

The fact that apple seeds, and so many other fruit seeds, generally taste very bitter and that they contain a substance that releases cyanide is essentially a natural defense mechanism.

It is also true that apple seeds, due to their tough protective outer layer, don’t get digested when they are eaten so that they come out the other end fully intact.

This is another great example of how nature protects the ongoing reproduction of fruits.

Apple seeds are not at all unique when it comes to amygdalin. This chemical occurs in many fruit kernels such as peaches, plums and also bitter almonds.

The key question here is, how many apple seeds does one need to eat in order to get sick? There is a lack of clarity around this, but in this article, it is said that “the average adult would need to eat anywhere from 150 to several thousand crushed seeds to be at risk of cyanide poisoning”.

There are also many people claiming to have consistently eaten apple seeds without getting even a little sick. The same applies to me, I have never gotten sick after consuming apple seeds.

It’s also good to point out that cyanide accumulation is not really a thing because our body is able to flush out toxins so that it doesn’t accumulate over time.

In other words, if you were to eat one apple seed each day, this won’t cause you any harm months or years down the track.

Long story short, we really don’t need to worry about getting sick from eating apple seeds, so long as you don’t start eating hundreds of them.

The Vitamin B17 Myth

Amygdalin was first isolated and used as an anticancer agent in Russia in the 19th century. It was first used as a treatment in the USA in the early 20th century.

In the 1960’s, Laetrile was developed and patented in the United States as a modified, and supposedly less poisonous, synthetic version of amygdalin.

Laetrile, also known as Vitamin B17, became popular in the 1970’s as an (alternative) cancer treatment. During these years, a lot of research was conducted into the effectiveness of using Laetrile as a cancer treatment with some positive results.

However, there was also a lot of controversy, with many considering this type of treatment a form of quackery. The infamous Sloan-Kettering cover-up is a good example of this controversy.

Vitamin B17 is actually not a real vitamin and cannot be commercially sold in the USA. It is also not approved by the FDA (U.S. Food and Drug Administration) as a treatment for any medical condition.

There are still people though who strongly believe B17/Laetrile is an effective treatment option.

Another potential health benefit of apple seeds that’s worth mentioning is the high levels of phloridzin, a flavonoid with anti-aging properties.

But don’t feel pressured to suddenly start eating apple seeds for that reason, because the skin of an apple also contains phloridzin.

It looks like apple seeds being poisonous and harmful is somewhat of an exaggerated myth. For me personally, all these stories you may hear and read about the dangers of eating apple seeds are sensationalized and often taken out of context.

Sure, apple seeds can be poisonous if they are consumed in very large amounts. But no, they are not at all harmful when you eat them in small doses.

Are you a green smoothie fan as much as I am? Check out this super healthy and delicious green smoothie recipe with two whole apples and many more good ingredients! 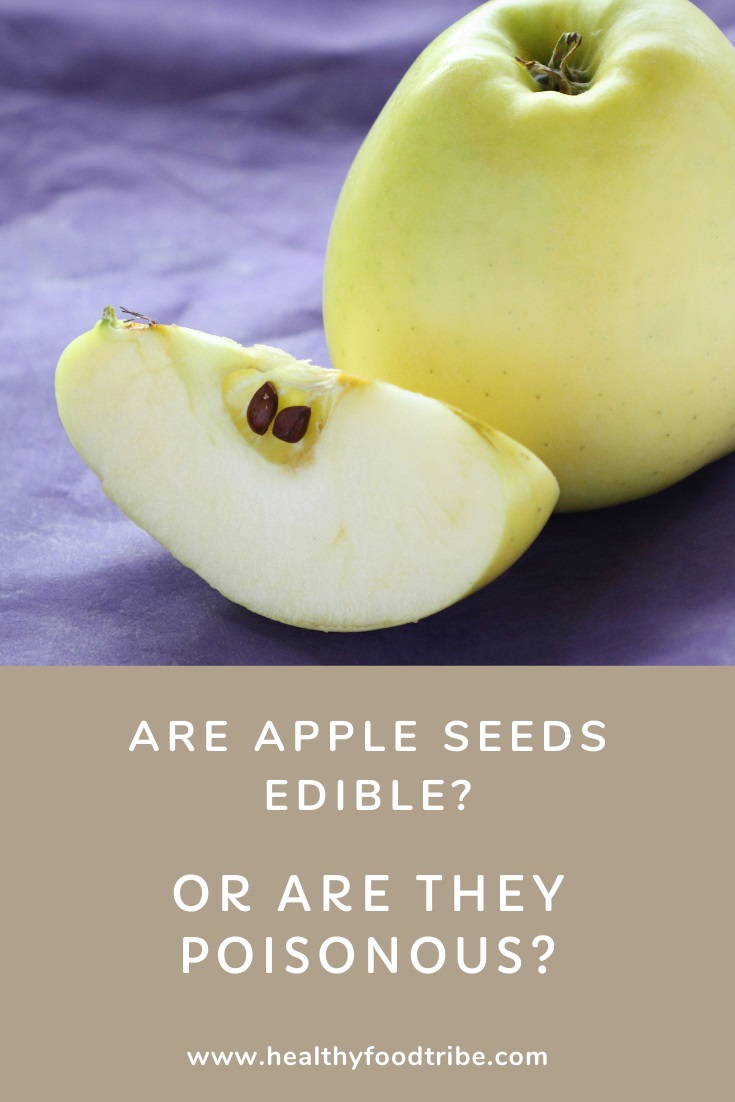