Home » Food » What Is Greek Yogurt? 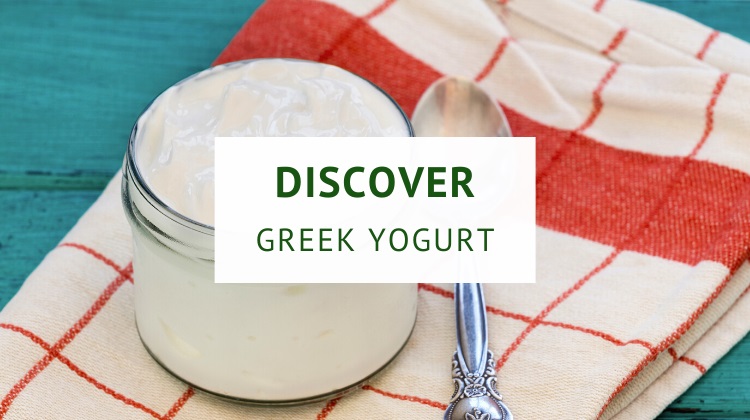 I don’t know about you, but I love eating a small bowl of Greek yogurt for breakfast, ideally with blueberries or raspberries, yum!

Over the years, I’ve learned to really appreciate the flavors of Greek yogurt and also plain natural yogurt, instead of flavored yogurt types.

Greek yogurt has become very popular in recent years, but what exactly is it? And are the nutritional benefits of Greek yogurt really so much better than with regular yogurt?

What Is Greek Yogurt?

The term Greek yogurt is a bit of a marketing term for what is otherwise referred to as strained yogurt.

Because this straining process also removes some of the lactose, strained yogurt is lower in sugar and carbohydrates than unstrained, or less strained, yogurt.

This is why Greek yogurt is typically considered a healthier alternative to regular, plain yogurts. Another advantage of Greek (and also plain) yogurt is that it doesn’t have all the extra sugar that flavored yogurts have.

As delicious as strawberry, banana or vanilla flavored yogurts may be, they are also usually a sugar bomb, which isn’t very healthy of course.

In a lot of western countries, Greek yogurt has become so popular mainly because of its reputation as a healthy low-calorie food.

Greek yogurt contains much less sugar and calories than regular and flavored yogurts, but twice as much protein.

Whilst Greek yogurt does have a high fat content, it gives you that feeling of being full quite easily. As a consequence, you won’t typically eat too much of it, and you won’t start craving other, unhealthy snacks either.

And the high protein content not only helps in building lean muscle, it can also help with losing weight.

Check out my article about the connection between protein and weight gain for more information on this rather interesting topic.

In addition to the above, Let’s have a closer look at the nutritional benefits of consuming Greek Yogurt on a regular basis.

Greek yogurt offers digestive health benefits, because it contains probiotics that keep the bacteria in your gut healthy.

Just be mindful that the label of real Greek yogurt should mention that it contains live and active cultures. I do see quite a lot of yogurt products branded as Greek yogurt, but in reality they aren’t.

And like most regular yogurts, Greek yogurt is very rich in calcium, which promotes bone and teeth health.

If you have a look at this nutritional profile report on FoodData Central of plain non-fat Greek yogurt, 100 grams contains 111 mg of calcium, which is significant.

The same report also says that 100 grams of Greek yogurt contains 10.3 grams of protein and only 3.27 grams of sugar.

If you don’t like the somewhat sour taste of plain Greek yogurt, try adding some berries or strawberries to your bowl, or use it as an ingredient for breakfast smoothies.

Some people also choose Greek yogurt as a healthier alternative to mayonnaise in certain recipes, because of its thick texture.

Greek yogurt is definitely a very healthy addition to your diet, but be aware of Greek yogurt products that aren’t all that Greek.

There are yogurts out there that contain additives like thickeners and protein concentrates to make it look and taste like Greek yogurt. Make sure you always read the label before you buy.

Is Greek Yogurt Good for You?

According to this research, Greek yogurt has a much higher protein content and a much lower sugar content than all other yogurt types.

But as with so many foods, moderation and balance is very important. One bowl of Greek or natural yogurt per day is more than enough, and gives you a good dose of protein and probiotics, without going overboard with sugar intake.

The other advantage of consuming yogurt is that it gives you a feeling of being full, which stops us from craving other, unhealthy foods and snacks.

Love smoothies as much as I do? Check out these delicious Greek yogurt smoothies for some great recipe ideas!
Pin for later!