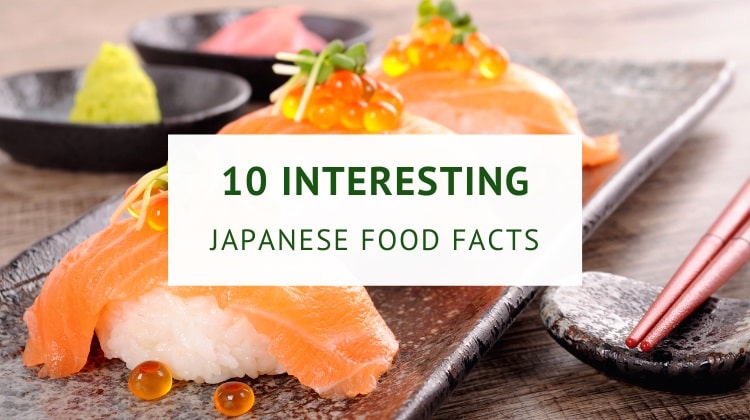 Ever since my first visit to the land of the rising sun, Japanese food has been my favorite international cuisine. The simplicity, the bright colors, the freshness, the unique flavors, I could literally eat Japanese food every day.

Food is an important part of Japanese culture, so much so that the UN officially included Japanese cuisine, otherwise known as “Washoku”, in the UNESCO Intangible Cultural Heritage List.

This is an acknowledgment of the significance of Japanese cuisine, not just in Japan but around the world.

Over the years I have tried to learn as much as I can about Japanese cuisine and the cultural traditions associated with it.

I’ve collected the below interesting and fun facts about Japanese food which will hopefully inspire you to visit authentic Japanese restaurants more often!

1. Being a Qualified Sushi Chef Requires Many Years of Training

To most people, a small bowl of sticky rice with a slice of fish inside or on top may not look like an overly complicated delicacy.

But while simplicity is important in Japanese cuisine and culture, sushi is considered a form of art and must be prepared under strict guidelines. Therefore, the profession of sushi chef is highly respected in Japan.

To become a traditional sushi chef, one will need to undergo many years of on-the-job training with a sushi master.

Before standing in front of the cutting board though, the apprentice will first need to learn supporting tasks, such as preparing perfect sushi rice, selecting and buying fresh fish, grating ginger, and preparing other key ingredients.

Once these tasks are mastered to perfection, the apprentice moves up the ladder and perhaps will be given the responsibility of preparing take away sushi orders.

Once the sushi master is satisfied that the apprentice can manage all tasks related to preparing fresh sushi in a restaurant, he will be promoted to sushi chef. It’s not uncommon that this learning process can take 10 to 15 years.

2. Tokyo Is the International Capital of Top Restaurants

Well ahead of many other major cities in the world, Tokyo is home to a huge 278 Michelin stars in the year 2021.

And it’s not just Japanese cuisine that these restaurants offer. A lot of Michelin starred restaurants in Tokyo are actually European, with the majority offering French cuisine.

When you’ve finished your Japanese meal, it’s good manner to re-arrange the table so that all dishes are placed the way they were served.

This also means that all lids should be placed back on the dishes and bowls. Also, collect all tissues used (ideally just one) and place them on your table in an appropriate way.

It’s also important to not place your used chopsticks on your plate or bowl. Instead, leave them on a chopstick rest, otherwise known as hashioki.

If there isn’t one available, put the chopsticks back into the paper wrap and fold the top bit to indicate that they have been used.

Japanese courses often consist of only a few items that are mostly fresh and full of flavors. Choosing high quality ingredients is therefore a crucial part of the cooking process.

Japanese chefs are able to employ simple cooking techniques to highlight the natural colors and flavors of the ingredients they are using.

It’s amazing how they can serve the most delicious meals using simple core ingredients such as rice, fish, seaweed and noodles.

5. Sashimi Is Not Always Fish

One of the most popular dishes in Japanese cuisine is sashimi, thinly sliced pieces of raw fish or meat.

While most sashimi is typically fish, such as tuna and salmon, certain meat types can also be served as raw sashimi.

Beef is perhaps the most popular type of meat sashimi, but horse and deer are also used.

When dipping your sushi in soy sauce, it’s important to be gentle and not let the soy sauce overpower the flavors of the sushi.

You should also avoid dipping sushi rice into the soy sauce as the rice should retain its perfect sticky texture. Instead, use other bits of the sushi to dip.

An important thing to remember here is to not have pieces of rice left soaked in your little soy sauce bowl. There should really only be soy sauce in there, and ideally it should be nearly empty when you’ve finished your meal.

7. Drink Miso Soup Straight out of the Bowl

Often served as the very first dish in a Japanese dinner, miso soup is a delicious drink made with dissolved fermented soybean paste and extra ingredients such as nori seaweed and tiny pieces of tofu.

While it may be tempting to use a spoon to consume miso soup, it’s better to drink it straight out of the bowl.

However, you’re welcome to use the chopsticks to fish out and eat the solid pieces.

While the popularity of rice may be somewhat declining in Japan, it’s still very common to eat rice for breakfast, lunch and dinner. Historically, rice has always played an important role in Japanese cuisine.

Traditional Japanese rice, also known as uruchimai, has a delicious sticky texture which makes it easier to be eaten with chopsticks.

Mochi, a popular rice cake often eaten to celebrate the new year, is made with a different short-grain rice known as mochigome.

9. Go Easy on the Soy Sauce

While it may be tempting to pour a good amount of soy sauce into that little bowl, wasting soy sauce is considered bad manners.

Go easy on the soy sauce, you can always top it up if you really have to.

Also, don’t mix wasabi into your soy sauce. A lot of diners do this but it has the potential to ruin the original flavors of the sushi you’re being served. A sushi chef often adds tiny bits of wasabi to sushi to create that perfect taste.

In other words, trust your sushi chef. What you can do though is add a small amount of wasabi directly on a piece of sashimi after dipping it into soy sauce.

10. Tipping Is Not Recommended

Although many of us may find tipping to be a genuine gesture of appreciation, tipping in Japan can often be regarded as somewhat rude.

In addition, as mentioned above, a sushi chef undergoes years of training before he is allowed to take ownership of the chopping board.

In that light, tipping is considered degrading and is not recommended or required. 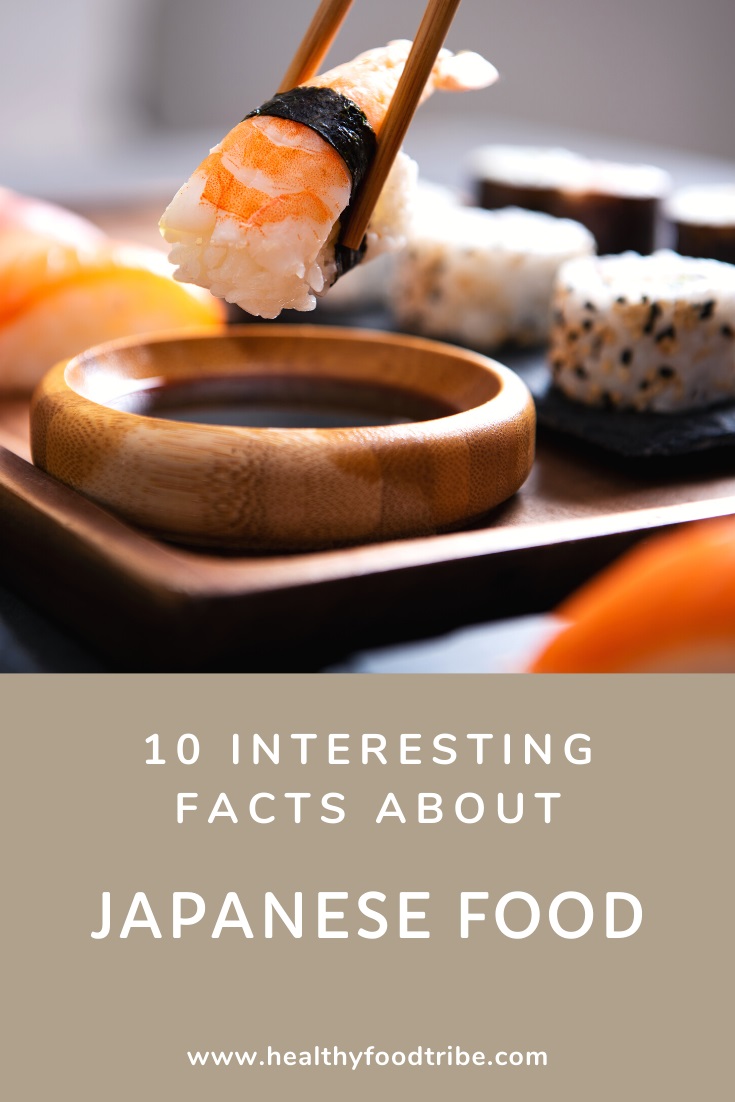 2 Comments
Leave a Comment Cancel reply
Welcome to Healthy Food Tribe!
My name is Donna and with my blog I hope to offer you lots of tips and information about food, smoothies, kitchen equipment, and recipes.