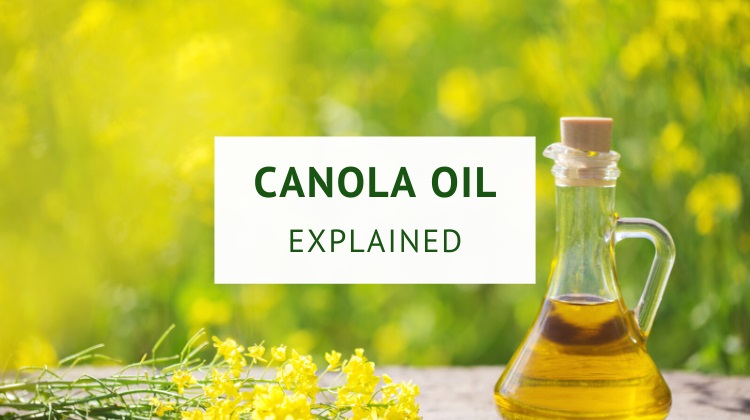 There are lots of different types of cooking oils we can choose from in the supermarkets, with canola oil being one of the most popular ones.

It may come as a surprise that canola oil is actually the third most consumed oil in the world, despite the fact that it has had a somewhat bad reputation for quite some time.

But what exactly is canola oil? Read this guide to learn more!

The name Canola is derived from the words Canada and Oil. To be more precise, Canola stands for: Canadian Oilseed Low Acid.

Canola oil has been on the market since the 1970’s and was originally developed in Canada. Canola is basically an engineered plant based on the rapeseed plant, or “rape” plant. Rapeseed unfortunately has anti-nutritional components which makes it unsuitable for human consumption.

Rapeseed is claimed to be toxic mainly because of a substance called erucic acid. The canola plant is essentially a rapeseed plant with a different nutritional profile; the anti-nutritional components have been removed, making it safe for human consumption.

However, some levels of erucic acid are still present in canola oil, but this is generally considered acceptable.

Canola oil was originally known as LEAR: Low Erucic Acid Rapeseed. This term obviously doesn’t sound very appealing which is why the inventors came up with a name that sounds better; canola. The term canola can now be considered as a generic term for edible varieties of rapeseed oil.

Besides cooking, canola oil is also used as an ingredient in many food products, such as margarine and mayonnaise. Some peanut butters also contain canola oil instead of peanut oil.

Some may be surprised to hear that canola oil is actually considered one of the healthier oils for our heart.

Canola oil is very high in unsaturated fats (like omega-3 and omega-6 fats) that help lower your LDL cholesterol levels.

Canola oil also has far less saturated fats than other commonly used oils, such as sunflower and olive oil. Saturated fats can raise your cholesterol levels so it’s recommended to limit your intake of this type of fat.

Canola oil also has a relatively high smoke point, which makes it suitable for baking and cooking. Smoke point is the temperature at which oil begins to smoke and starts to release free radicals and toxins. The higher this smoke point, the better.

Why Does It Have a Bad Reputation?

Canola oil is by many considered to be an industrial, or engineered, product and is therefore an “unnatural” product.

Add to this the controversy around GMO (genetically modified food) and it becomes obvious why many people will not even look at canola oil.

Another issue with canola oil is the way it is processed. Producing canola oil involves high-temperature mechanical pressing, and hexane, a toxic solvent, is used to extract the oil. It is believed that traces of this solvent remain in the product.

Canola oil, like other vegetable oils, is often “deodorized” to remove the bad smell. This process of deodorizing can negatively impact the amount of omega-3 fats in canola oil and increase the amount of trans fats. Trans fats are unhealthy fats that you would want to avoid.

Many people are also of the opinion that canola oil has been marketed and advertised in a misleading way, over-emphasizing the health benefits of canola oil and ignoring its not-so-glamorous production process.

Makers of canola oil have therefore often been considered to be somewhat biased, because canola oil is ultimately much cheaper to produce and to market than for example olive oil.

Another aspect of canola oil that doesn’t work in its favor is that it is widely used industrially. Canola oil is, for example, also being used as a pesticide. This doesn’t necessarily mean though that canola oil is dangerous to consume.

Canola Oil as an Ingredient

Canola oil is also more and more used as an ingredient for other food items which the consumer often is not aware of.

Products such as mayonnaise, salad dressings and even peanut butter more than often contain canola oil, simply because canola oil is cheaper and more readily available than, for example, olive oil.

Sure, one can read the list of ingredients, but often we don’t, and the average consumer simply doesn’t always expect canola oil to be present in specific products they’re buying.

There are different types of canola oil that we should know about when making an informed decision about which type of oil to use.

Let’s have a closer look at these different varieties of canola oil that exist.

This type is the regular canola oil with all the characteristics described in this article. It is the most used type which is low in odor and has a high smoke point which makes it suitable for cooking.

Expeller pressed means that the oil is abstracted by use of force (with expeller machines) rather than by use of chemicals. Although this is less efficient (and more expensive), it is considered to be healthier.

There are a lot of different types of cooking oils available in the market today. Here are the most popular ones:

Coconut oil is oil that is extracted from the meat of coconuts. Coconut is typically high in saturated fat content (around 90%) which is why many health experts recommend to limit consumption of this type of oil.

But because of its high saturated fat content, coconut oil is very suitable for cooking (heat resistant) and you can store the oil for many months at room temperature without going rancid.

This makes olive oil a healthy choice for salads but not the ideal choice for cooking because of its low smoke point.

Canola oil is a vegetable oil, just like corn oil, rapeseed oil and safflower oil. Seed oils are a type of vegetable oils, obtained from the seed of plants.

The common characteristics of vegetable oils is that they are high in unsaturated fats and that they have high smoke points. But they are usually also highly processed oils. Vegetable oils are typically used for cooking.

Avocado oil, pressed from the avocado fruit, is perhaps less common but is similar to olive oil; high in monounsaturated fats and low in saturated fats.

The difference is though that avocado oil has a high smoke point which makes it suitable for cooking, much more than olive oil is. It is also high in Vitamin E.

Canola oil appears to have better benefits than other oils, yet it struggles to get rid of its bad reputation. Even though there are no conclusive scientific studies that prove canola oil can make us ill, this misconception remains.

According to food authorities, canola oil is perfectly safe for consumption. It is, however, recommended to consider all the facts about canola oil and to learn more about how it’s processed. You can then make a decision for yourself.

If you do intend to use canola oil, it’s best to use cold pressed or expeller pressed canola oils. Good alternatives to canola oil that you could consider are olive oil (for salads), coconut oil (for cooking), and avocado oil. 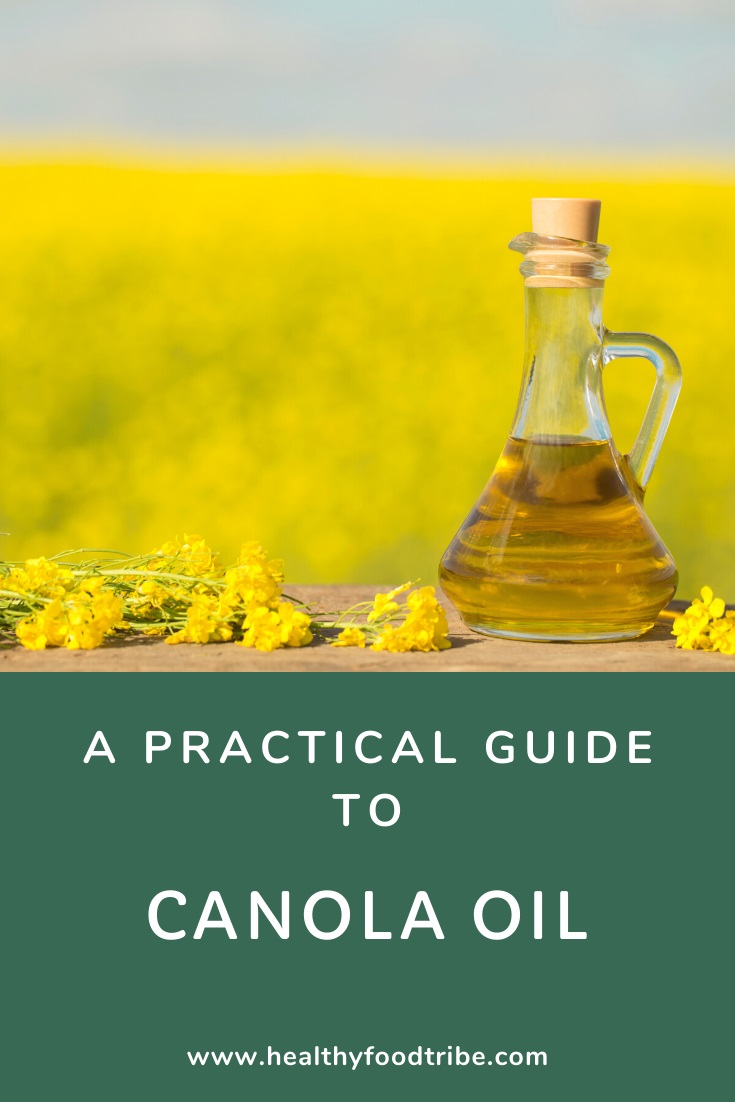